Location of the permanent seismograph stations in the CSZ. Some stations were relocated between 1977 and 1985, without changing the general distribution of stations. Since 1985, the stations are: A11; A16; A21; A54; A61; A64. Other stations currently operating are LMQ (broadband) and SHQ (analogue). LPQ was a digital ECTN station no longer in operation. 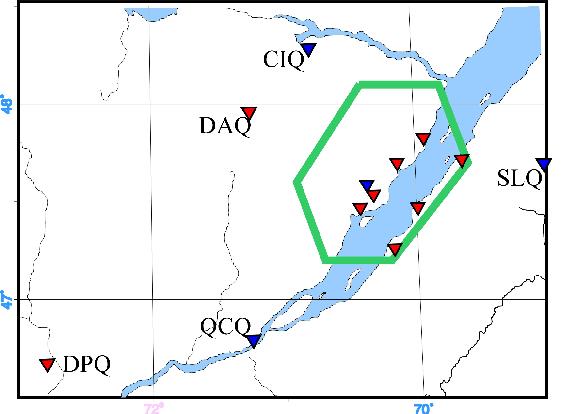 If sufficiently strong, the seismic waves of the Charlevoix-Kamouraska earthquakes can be recorded hundreds of kilometres away, on the Canadian National Seismograph Network