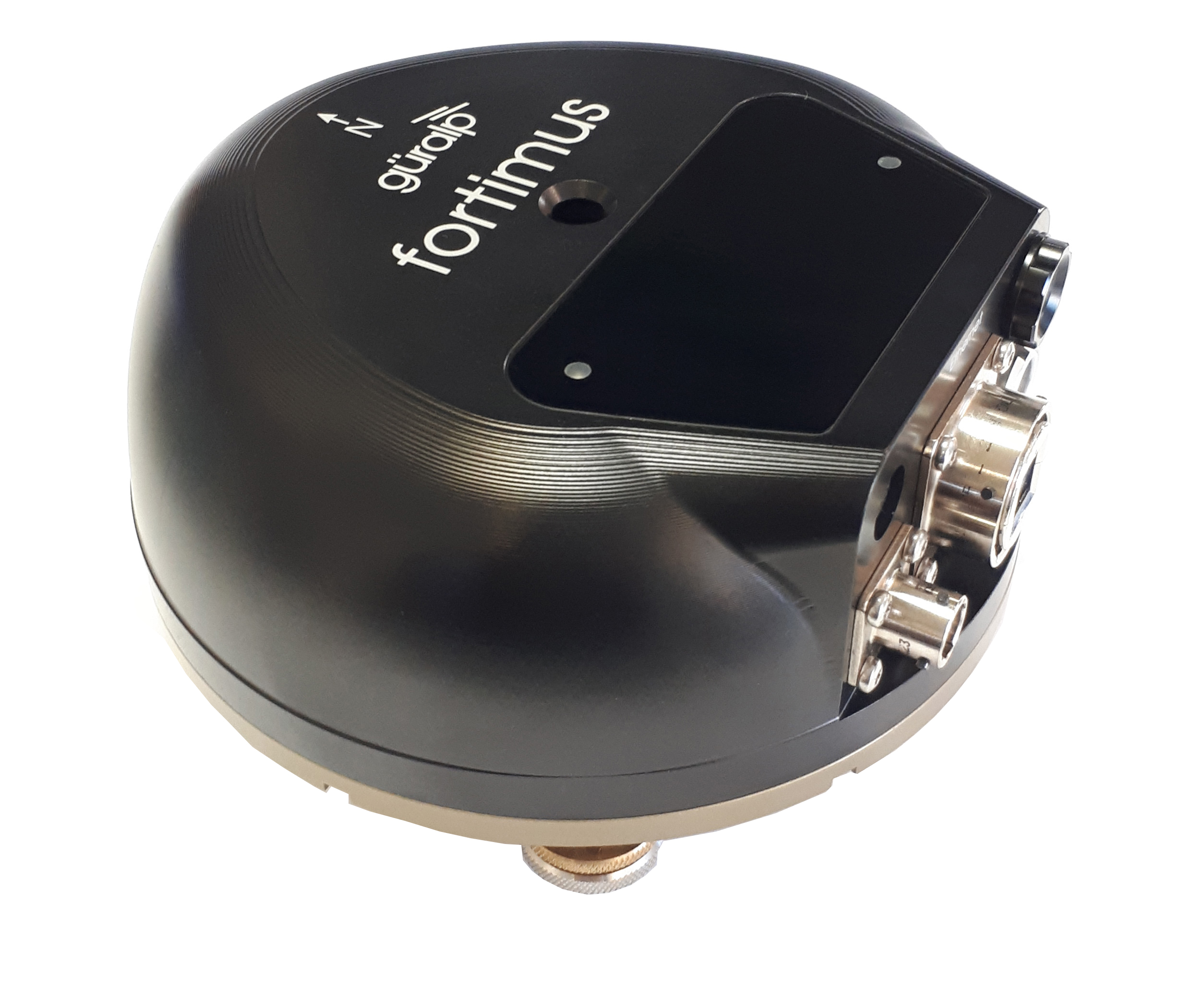 Natural Resources Canada is pleased to announce the second contract to provide seismic sensors and installation services for the Earthquake Early Warning system, which has been issued to Güralp Systems Limited. We will soon be acquiring their Fortimus strong motion accelerograph – fittingly for Canada, it looks somewhat like a hockey puck. This device will record ground motions from potentially harmful earthquakes, then transmit the data to our processing centres from where EEW alerts will be disseminated. 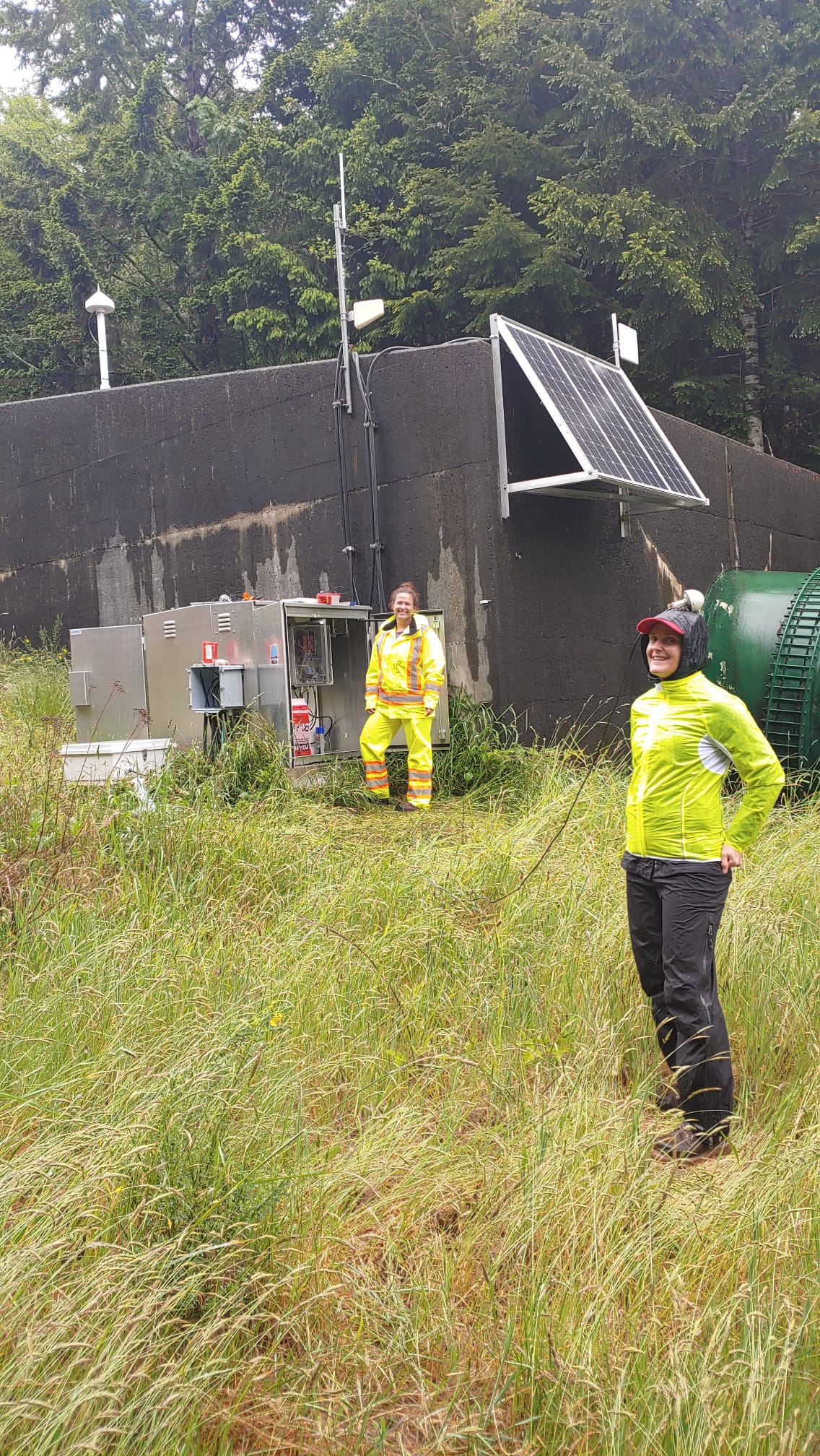 Last month, three NRCan scientists (Lisa, Camille, and Andrew) enjoyed a wet, busy, successful day in the field. Their adventures began in scenic Victoria and their travels took them through the rolling hills of Sooke before coming upon the panoramic views from the village of Jordan River. They then headed northward to NRCan’s field site, where they settled in for the day, resigned to the fact they would be drenched from rainfall before their work ended.

Their mission was three-fold. First, NRCan’s GNSS tracking station does not yet have telecommunications, so requires regular retrieval of data of exciting scientific value. With that task underway, the team was able to put full attention towards the temporary installation of a seismic sensor that will contribute to a developing community seismology project, "SchoolShake". The third task was to explore the site for installation of a sensor that would contribute to NRCan’s exciting new program to bring Earthquake Early Warning to the region. 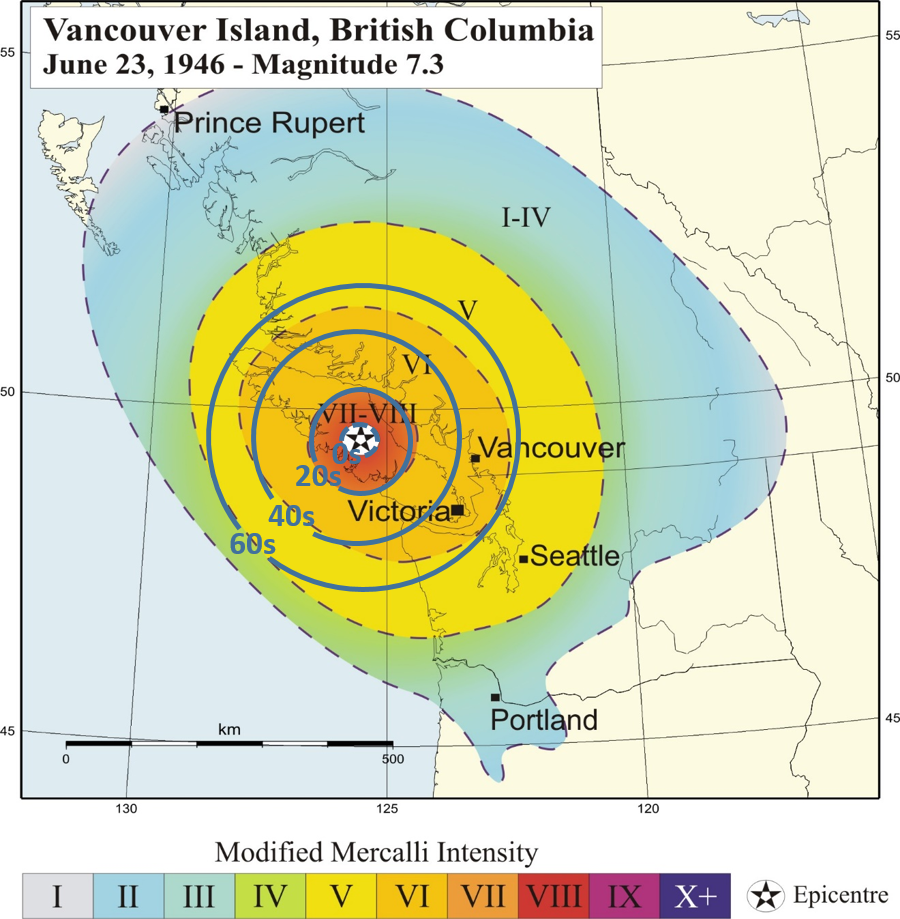 The M7.3 Vancouver Island earthquake in 1946 was the region’s largest, instrumentally recorded earthquake, causing significant damage to nearby communities. It was felt as far away as Prince Rupert B.C. and Portland, Oregon. The map of the earthquake’s intensities shows strong shaking estimated to be MMI IV was experienced in Vancouver and Victoria. Had the EEW system been operating, Vancouver would have received approximately 40 seconds of warning before strong shaking struck the city, and Victoria would have received about 50 seconds of warning (as shown in this image). Communities close to the earthquake, including Courtenay and Cumberland, would have fallen within the Late Alert Zone, extending ~30 kilometres from the epicenter (0s contour in image) and where the alert would have arrived after the strong shaking. 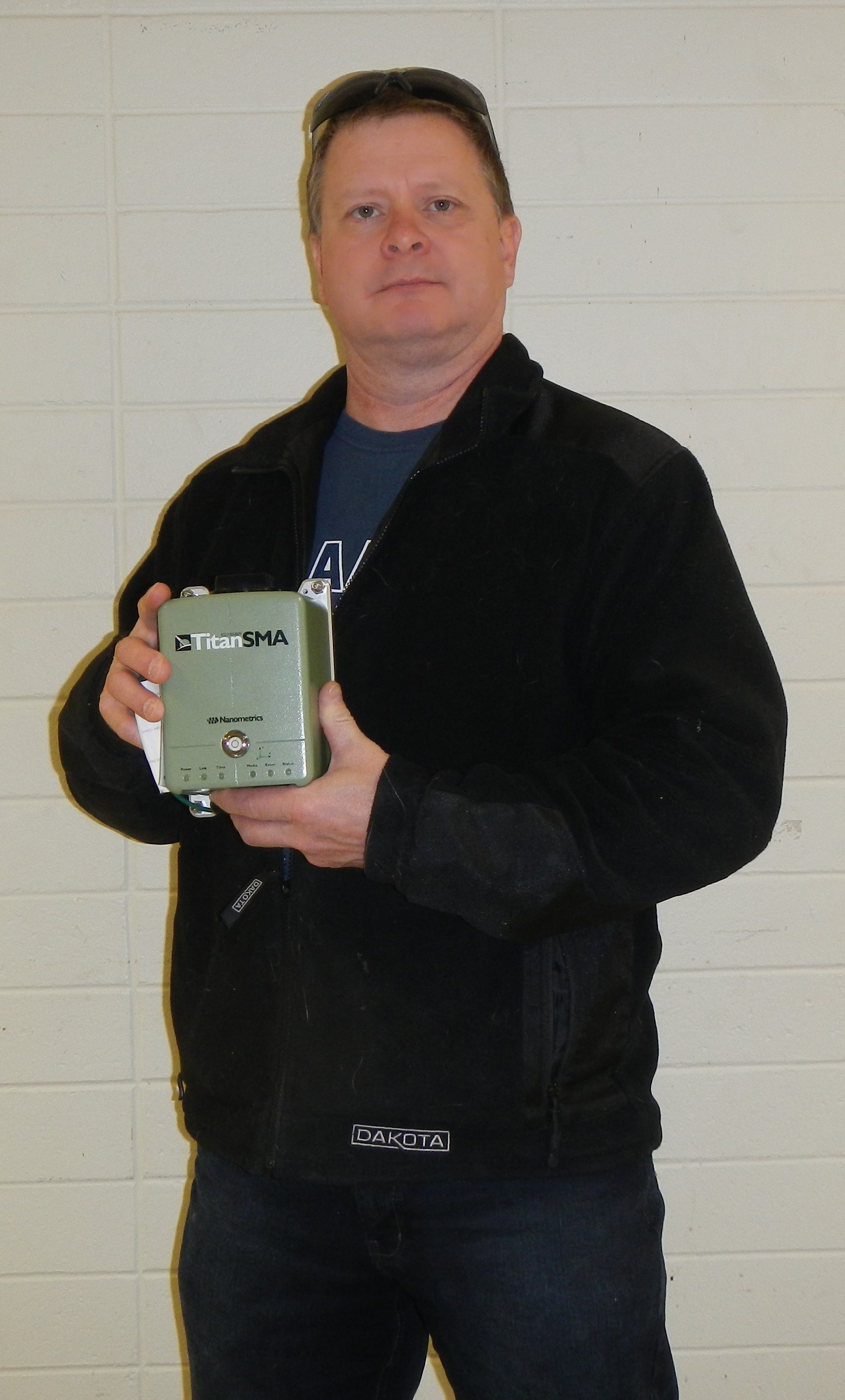 It has been an exciting week for the EEW team as we took receipt of the first shipment of Titan SMA instruments. These strong motion accelerographs will help monitor Canada’s at-risk regions for the strong shaking associated with potentially harmful earthquakes. For Calvin, one of the field technologists who unpacked the devices, it was as though his birthday had come early. 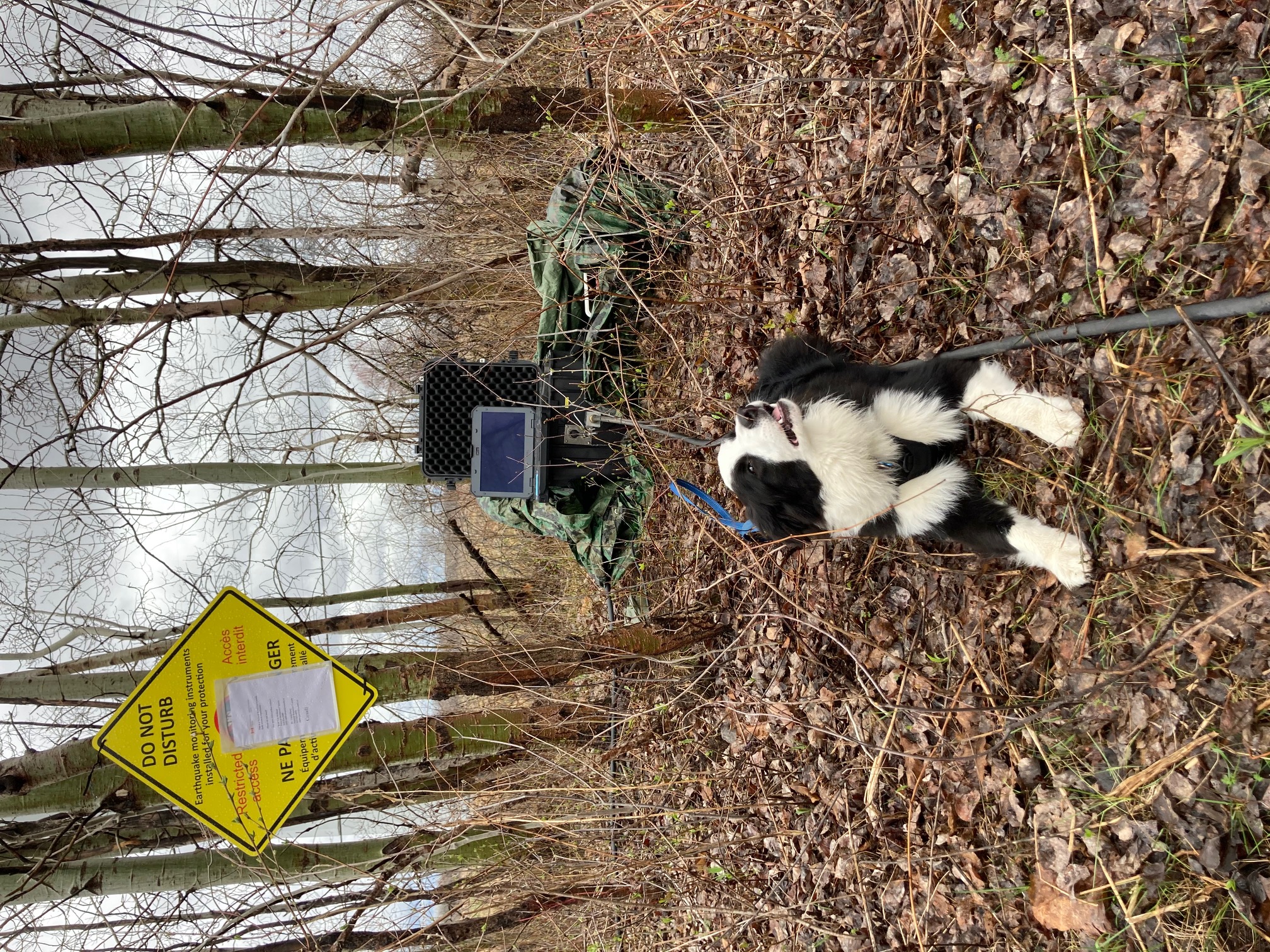 NRCan recently collected vibration data near Highway 417 in eastern Ontario, in anticipation of installing Earthquake Early Warning (EEW) sensors at inspection stations, scales, and cameras operated by Provincial Ministries of Transportation. The Ministry of Transportation sites are attractive for EEW stations because they are easy to access and have permanent power and communications systems. Traffic causes vibrations the ground, however, and this can mask the seismic signals of earthquakes. NRCan Systems Specialist Reid (and his trusty dog) installed six temporary seismo-acoustic stations in a line at 20, 40, 80, 160, 320, and 640 metres from the edge of the highway for one week. Data are now being analyzed to understand levels of background noise generated by highway traffic.

Results will be posted here soon.

We are pleased to announce the first contract to provide seismic sensors and installation services for the Earthquake Early Warning system has been issued to Nanometrics. We will be acquiring the Titan strong motion accelerograph. This device will record ground motions from potentially harmful earthquakes and transmit this data to our processing centres, from where EEW alerts will be disseminated.

A further contract for the remainder of the sensors will be signed soon. 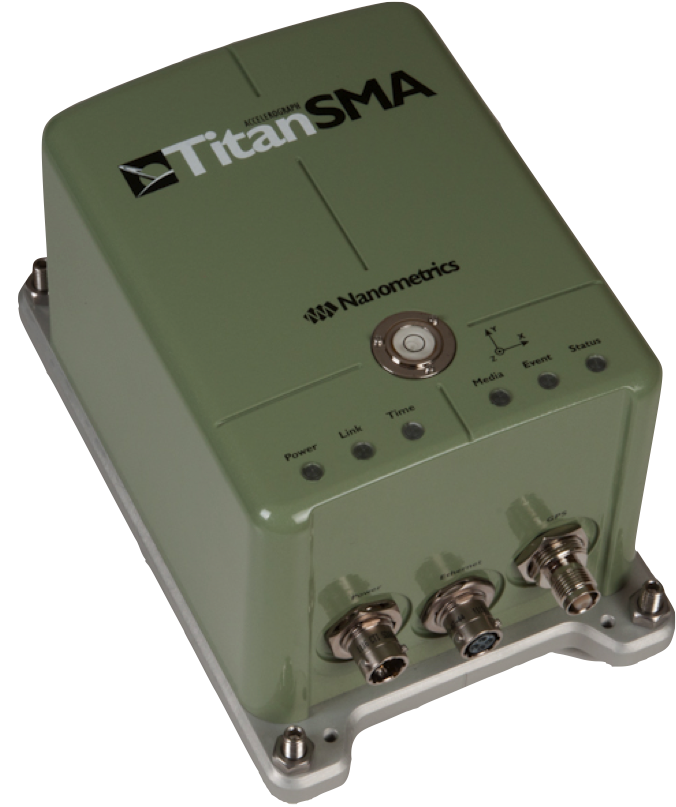 Congratulations to Washington State as they roll out their Earthquake Early Warning system today. We are excited to be working together towards an integrated EEW system along our west coasts.

Canada's Earthquake Early Warning webpages are launched! As the project evolves, we will be posting updates to this blog. Come back regularly for the latest news.

Back to Earthquake Early Warning
Report a problem on this page