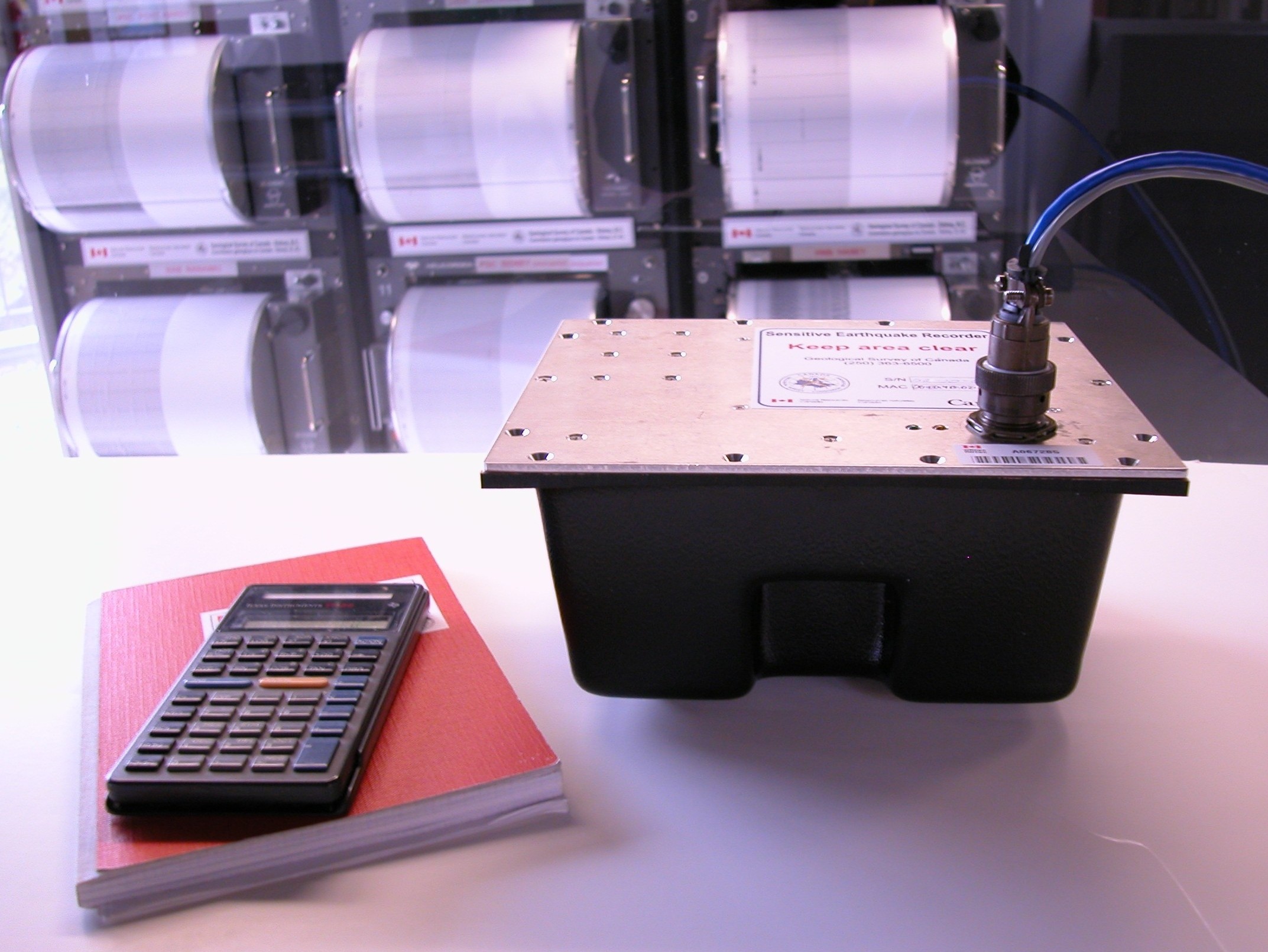 The Geological Survey of Canada has developed a new type of strong motion seismograph called the Internet Accelerograph which is permanently connected to the Internet and records data continuously rather than in "triggered mode". The new instrument also continuously computes a set of parameters which characterize the intensity of shaking and actively reports those values whenever ground shaking exceeds certain levels to the GSC's data centres. Waveform data can be retrieved from an instrument at any time over the Internet.

Older type accelerographs typically operate in triggered mode. They only begin recording when the ground shaking exceeds a given threshold, typically 0.25 - 1% g, with g being the earth's acceleration. Data retrieval required a visit to the site.

In Eastern Canada the GSC operates a network of eighteen instruments radiating out from the seismically active Charlevoix zone. Hydro-Quebec has installed instruments at four hydro-electric dams to provide free-field and structural response for generating systems along the Manicouagan River. They have also instrumented eight high voltage substations to characterize the response of the the overburden after three stations were severely damaged during the 1988 Saguenay Earthquake. In addition, Gaz Metropolitain has one free field digital accelerograph installed at its LNG plant in Montreal, and New Brunswick Power has one at the Point Lepreau nuclear generating station.