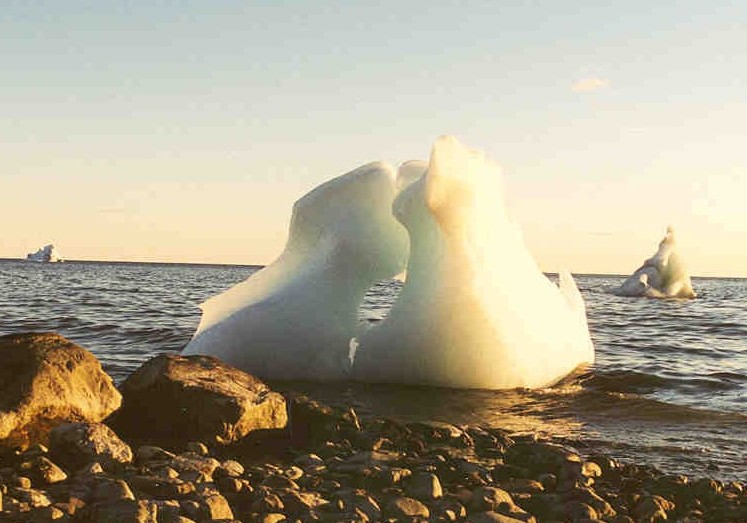 The Canadian High Arctic Seismic Monitoring Experiment (CHASME) was designed with two main goals: to improve the sparse network coverage across the High Arctic region in order to gain new information about local and regional seismicity and to study regional variations in the structure of the crust and upper mantle in more detail than had previously been possible. Seven temporary broadband seismograph stations were deployed in communities across the Canadian High Arctic and western Greenland, the latter being shared with the ongoing GLATIS project. The stations were instrumented with Nanometrics ORION digitizers and Guralp CMG-3ESP and CMG-40T seismometers. The digitizers were housed in buildings within the communities, using local mains power, and were maintained by local operators such as RCMP officers, airport workers and local scientists. The stations did not operate in real-time; instead, the waveform data were extracted periodically by swapping out the 2GB removeable hard disks approximately once per month and shipping them to the CNDC in Ottawa for processing and analysis.

Though originally foreseen in the year 2000 to be a temporary deployment lasting a fews years at most, several stations were still operating in spring 2006.

The CHASME deployment has improved analysis of regional arctic earthquakes. It has allowed us to locate smaller events than in the past, and has improved the locations of our larger events by giving us more coverage/data. An additional benefit is the redundancy provided by these extra stations whenever one of our sparse network of existing stations experiences an outage.

The CHASME seismograph stations, together with the Arctic stations of the Canadian National Seismograph Network, the POLARIS network and a temporary Geological Survey of Canada station on Baffin Island, have been used in two main studies to investigate the structure of the lithosphere across the region. Both studies used the data from large teleseismic earthquakes which were, in general, well-recorded by much of the network. The first study (Darbyshire, 2003) modelled crustal structure beneath the seismograph stations, using receiver function analysis. The results added to existing knowledge of High Arctic crustal thickness, and highlighted differences in crustal structure in the many different tectonic regimes across the region. Crustal thicknesses were found to vary from approximately 27 km in the northeast Arctic to 45 km below southern Baffin Island. Indications of three-dimensional structures and anisotropy within the crust were also found. The second study (Darbyshire, in press) used teleseismic Rayleigh waves to probe deeper into the mantle and investigate variations in the thickness and nature of the seismological lithosphere. The variations found correlate broadly with the known tectonics of the region, with the fastest, thickest lithosphere occurring beneath the Shield of the central-northern mainland, and the slowest lithosphere occurring beneath the northwestern Arctic, close to the continental margin.