The Lac Turquoise Fault Scarp: Surface Faulting from the Ungava, Québec, Earthquake of 1989 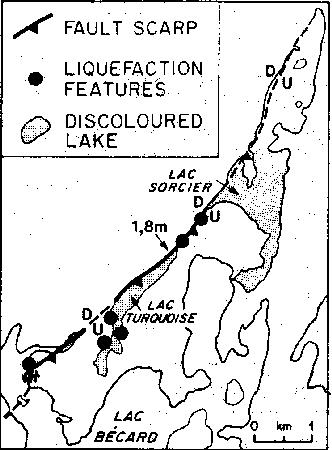