Canada's largest earthquake (magnitude 8.1) since 1700, occurred on August 22, 1949 off the coast of BC. It occurred on the Queen Charlotte Fault (Canada's equivalent of the San Andreas Fault) - the boundary between the Pacific and North American plates that runs underwater along the west coast of the Haida Gwaii (formerly Queen Charlotte Islands) off the west coast of British Columbia. The shaking was so severe on the Haida Gwaii that cows were knocked off their feet, and a geologist with the Geological Survey of Canada working on the north end of Graham Island could not stand up. Chimneys toppled, and an oil tank at Cumshewa Inlet collapsed. In Terrace, on the adjacent mainland, cars were bounced around, and standing on the street was described as "like being on the heaving deck of a ship at sea". In Prince Rupert, windows were shattered and buildings swayed. 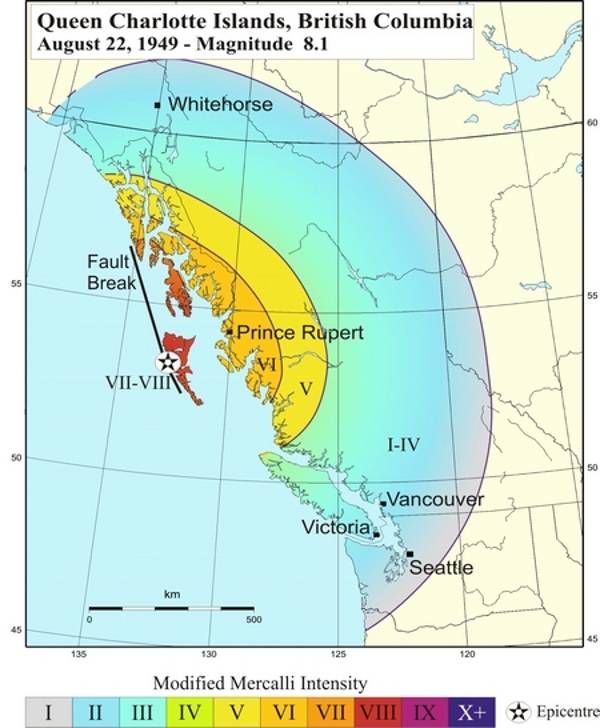